This article will go over adding a new variable to an Apricot Results Report using the Variable Editor.

Written by Daniel Hanna
Updated over a week ago

How to Create a New Variable 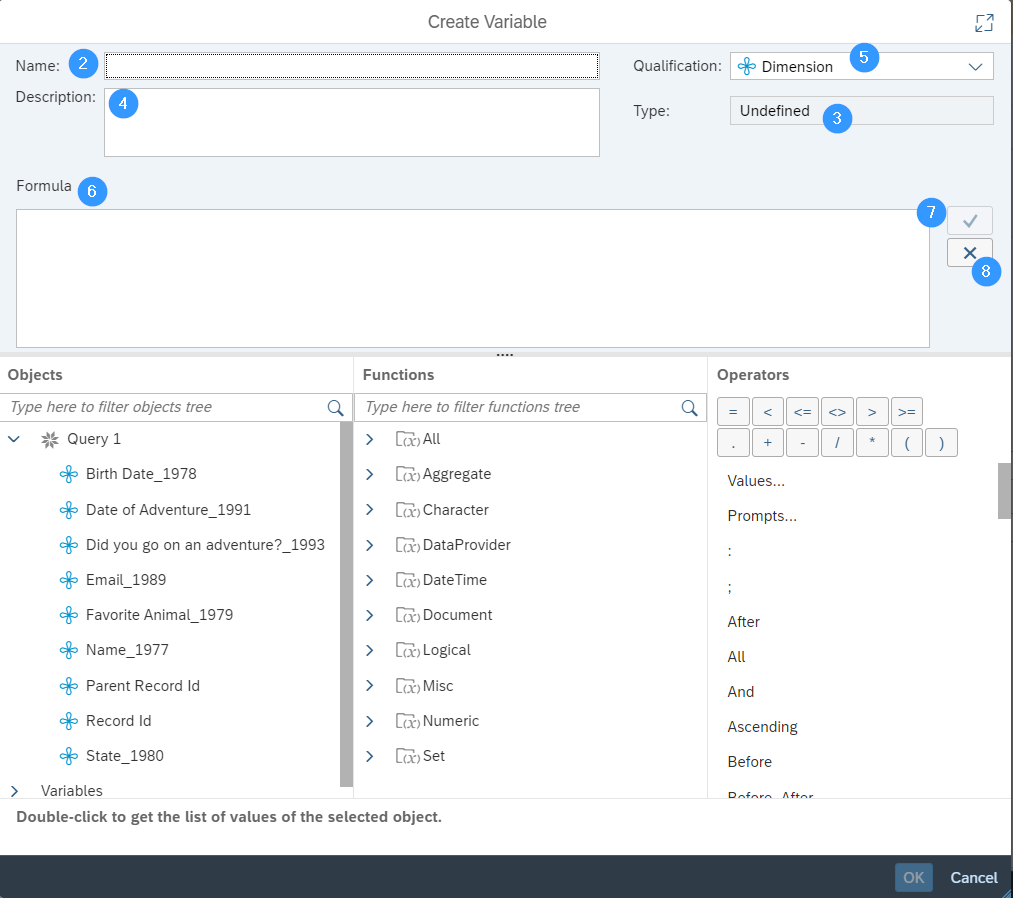 You can use created variables in a formula or within the report in exactly the same way as you use other report objects. They will appear in the Variables folder within the Available Objects window.

When hovering over a variable's name, 3 dots will show next to it. Clicking on those dots will allow you:

Any formula created can be turned into a variable if the formula needs to be used in other formulas/variables.

Click this link for information on creating a variable from a formula.

Rounded Parentheses ( ) should surround and group the functions/operators to be performed; everything within the parentheses of a function or operator is related to that action

Formulas are performed following mathematical logic--actions are performed from the inside to the outside. Be sure to remember this as you consider the order of your formulas.