Apricot's linking function allows relationships to be established between records that would otherwise not have a connection. Please keep in mind that a single form should not contain more than 100 linking fields.

Which Forms Should You Connect with a Link?

Some of the forms in your Apricot automatically have a relationship. Tier 1 Forms are, by design, connected to the Tier 2 Records that live under them.

Why Add a Link?

Linking can be useful for connecting data points in your Apricot.

In the example above, a Tier 1 form has been created that collects data on "Donors" as well as a separate Tier 1 form that collects data on "Events." Maybe we want to start collecting information about which donors have come to which events. Right now, if these forms are not linked, there is not a way to connect any of the data collected in one of these Tier 1 forms with any of the data collected in the other. Without linking, maybe we would add a Tier 2 form under the Donor Profile form to track the different events they attended; or we would add a Tier 2 form under the Events form to collect the names of everyone who attended. That would require extra data entry and could increase the chance for data to be entered incorrectly or not get entered when it should.

If we add a link between these two records, however, we can connect each Event record to the Donors who have attended. And likewise, we can look at a Donor Profile record to see a list of Events they attended. We could create a report with fields from both of these forms to compare the data that has been collected in either or both places.

Until two Tier 1 forms (or any otherwise unrelated forms) are linked together, you cannot have fields from both of these forms in the same section of a report.

Linking can also be used to create an easier workflow between one form and another.

In the example above, an Evaluation record needs to be created after an Attendance record is created. By adding a link field at the bottom of the Attendance Form (and making it required in order for the record to save), we can prompt users to fill out both forms at the same time.

And even though these Tier 2 forms are already related because they are both under the same Tier 1 form, by linking we can establish which Evaluation records were created alongside which Attendance records.

Adding a Link to a Form 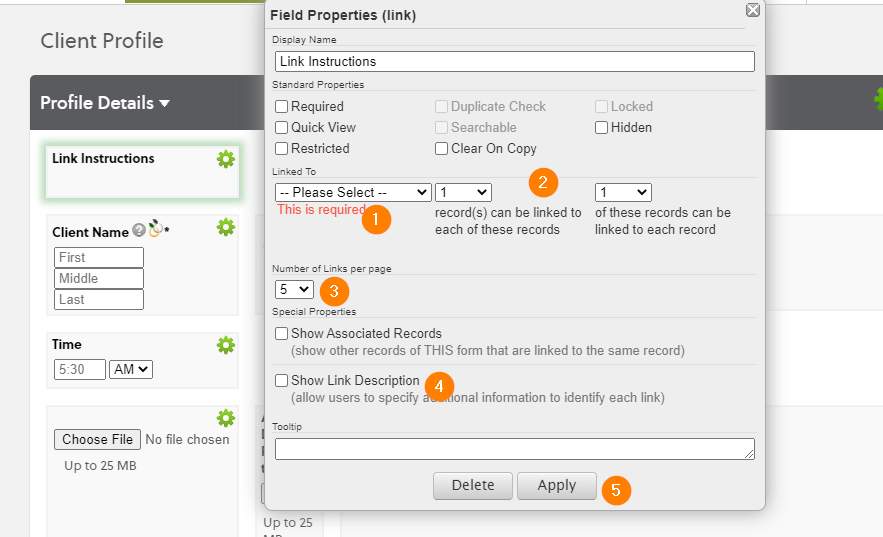 3.  "Number of Links Per Page" restricts the number of links will appear on the record. If you think there will be a lot of links and that the list may take up a lot of room, you can select a small number here. Users will be able to scroll through a link screen to see additional links.

4. You can choose to include Associated Records and Descriptions on the record next to the link field.

5. When you are finished configuring the link field, select Apply. Then publish your form to commit your changes and allow users access.

Configuring a Link Field on a Target Form 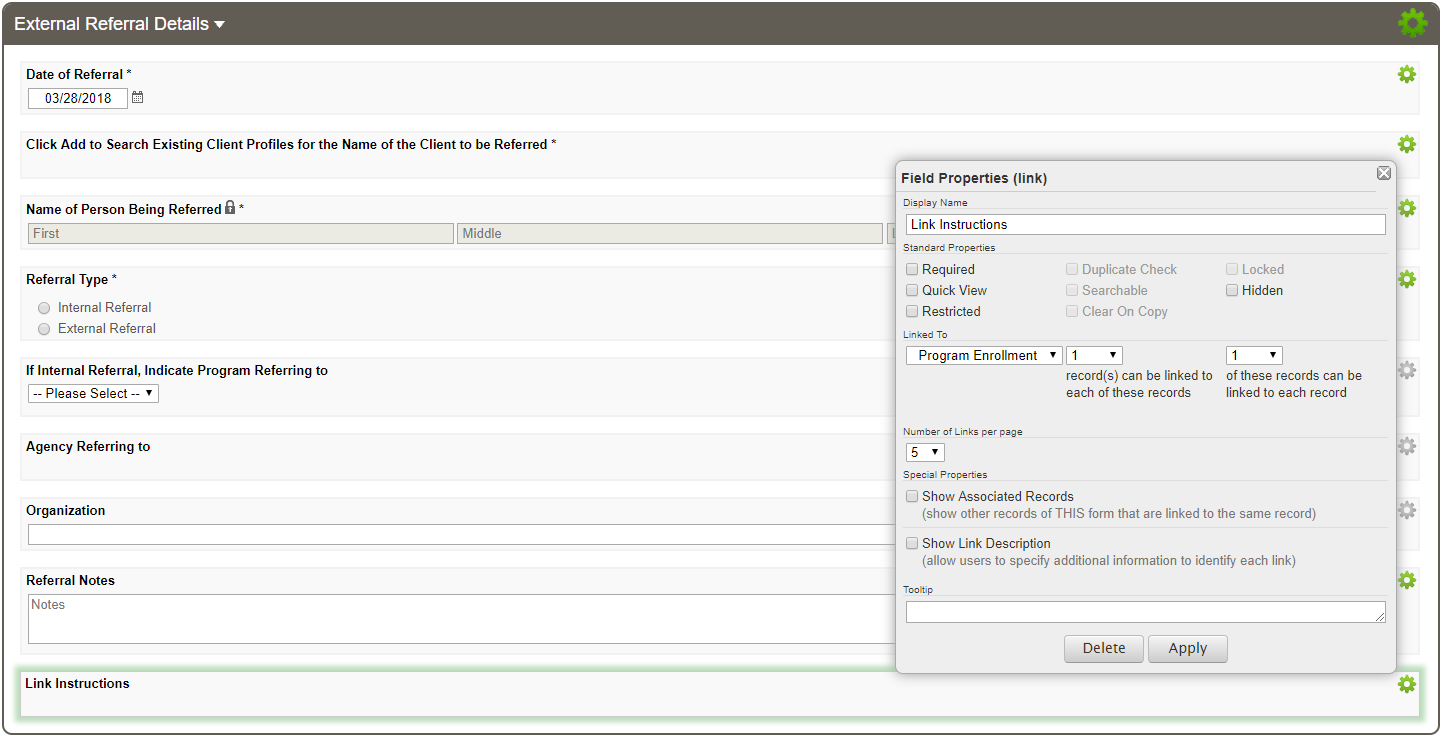 To see the configuration details on the target form, open the form for editing in Form Designer and click the gear box on the link field. It will mostly likely be called "Link Instructions" until you edit the name.

You cannot change the "Linked To" details, but you can select the number of links to show and if you want to show associated records.