Merged dimensions create a "merged" object from the shared objects within the multiple queries.

Written by Tania
Updated over a week ago

What are merge dimensions?

Merged dimensions create a "merged" object from the shared objects within the multiple queries. This object allows for "communication" between the two queries so that the objects can share the same table.

The process of putting objects from two or more queries in the same table has two major steps: 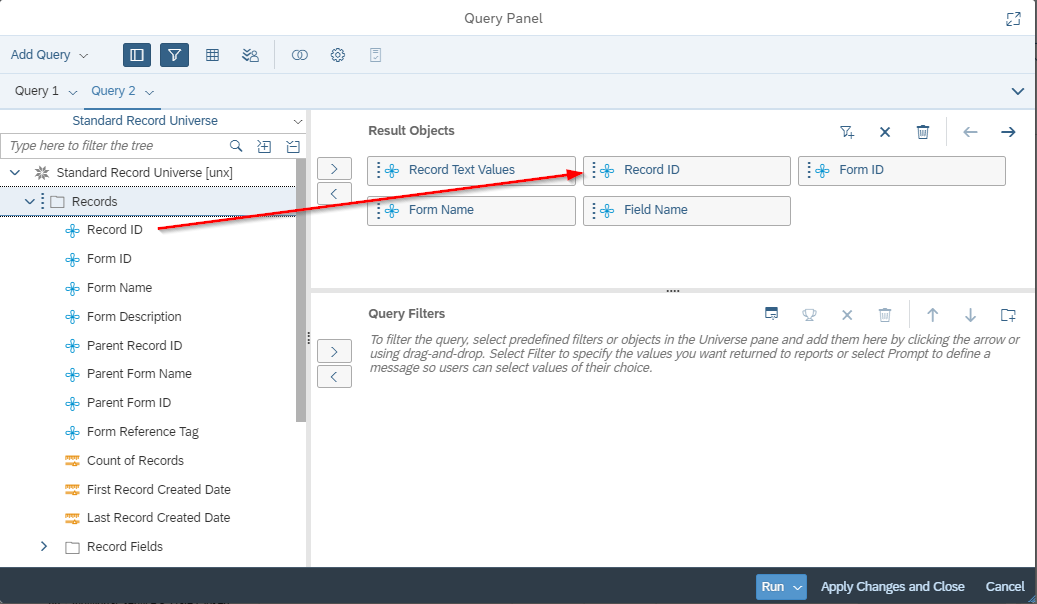 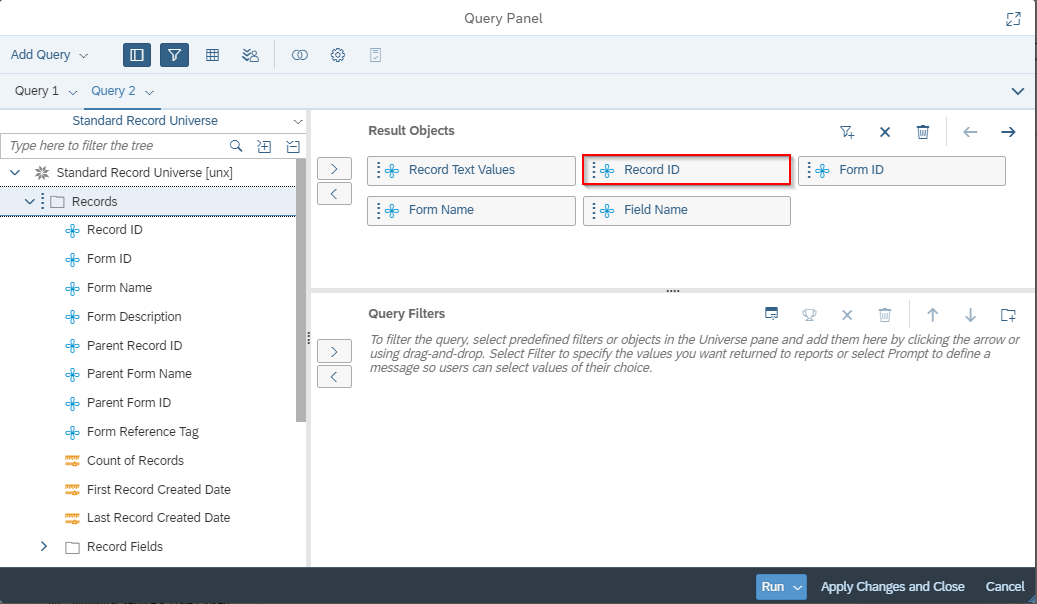 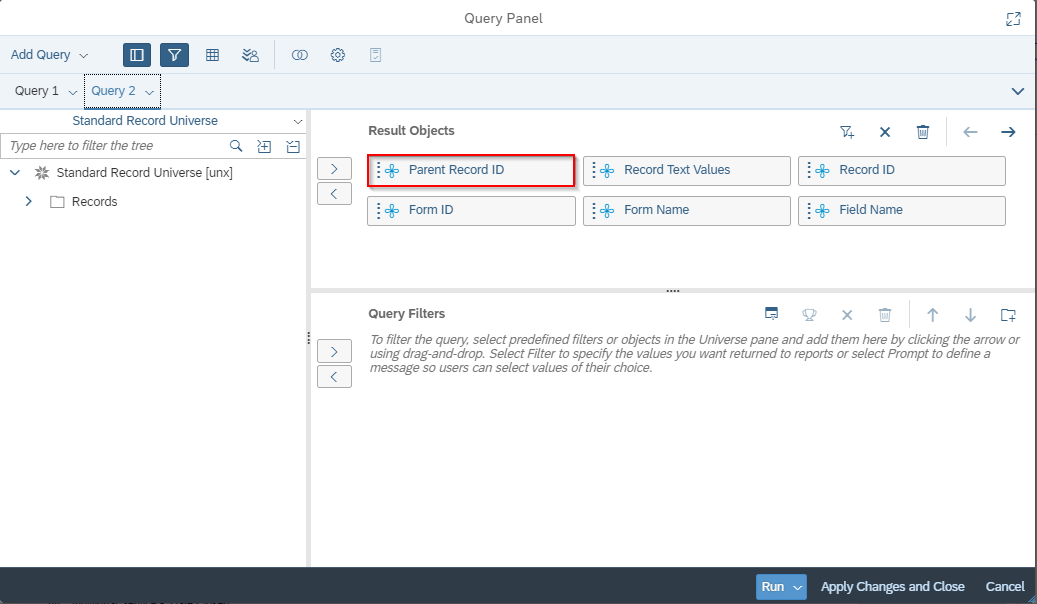 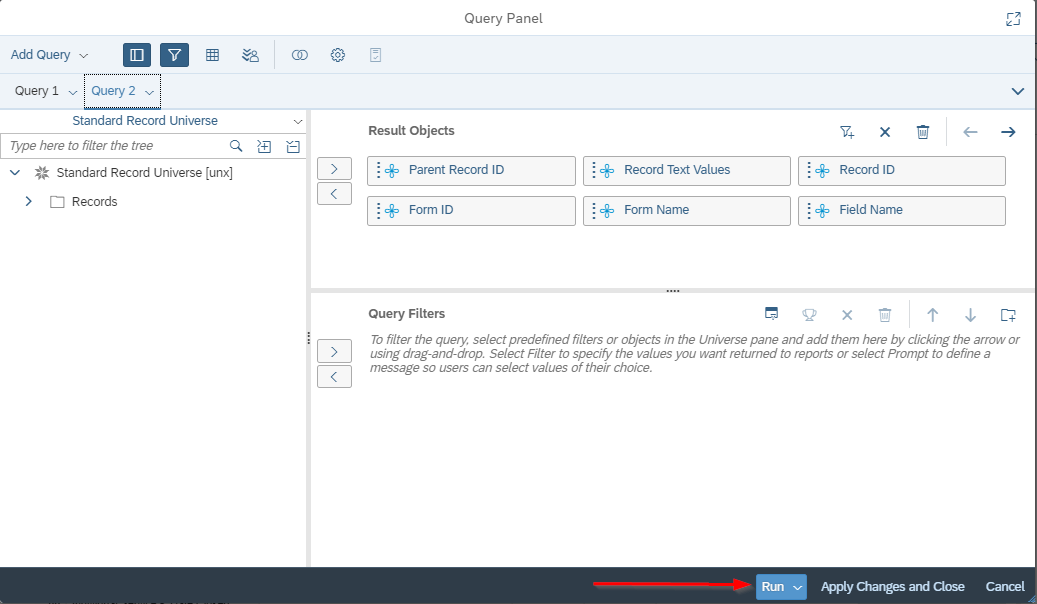 4. Expand all queries that merge

5. Ctrl + click on each object to Select the identifiers in in each query.

6. Once all objects are selected, click on the 3 dots next to the name of one of the objects and select Merge

7. Merged dimension will appear in Available Objects to the left. 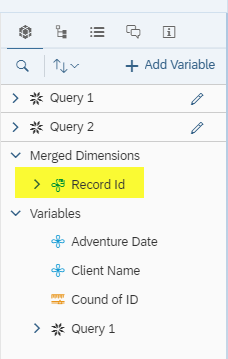 7. Change the name of the merged dimension because it will automatically have the same name as the first object selected. Click on the 3 dots next to the name, select edit, enter a new name, and click OK.

Note: Spaces are not available in new dimension names 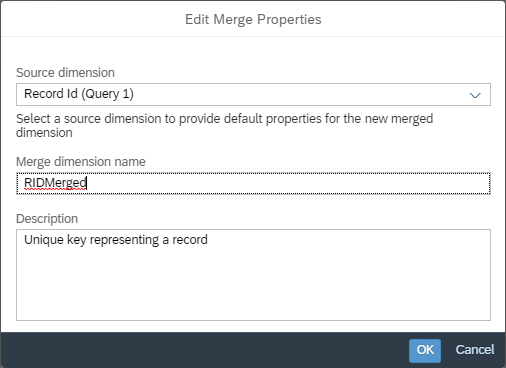 The next step of using the merged dimension is creating the details that reference it to pull data from both queries into the same table.

5. Use the following formula to finish the detail:

Where T1 is the name of the query from the Tier 1 form and X is the type of value (text, numeric, date, etc). See example below:

6. Detail will appear in data to the left, drag it into table of your choice. 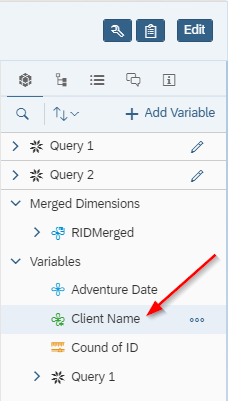