A form within Apricot can exist in four different states: unpublished, published, modified and inactive. 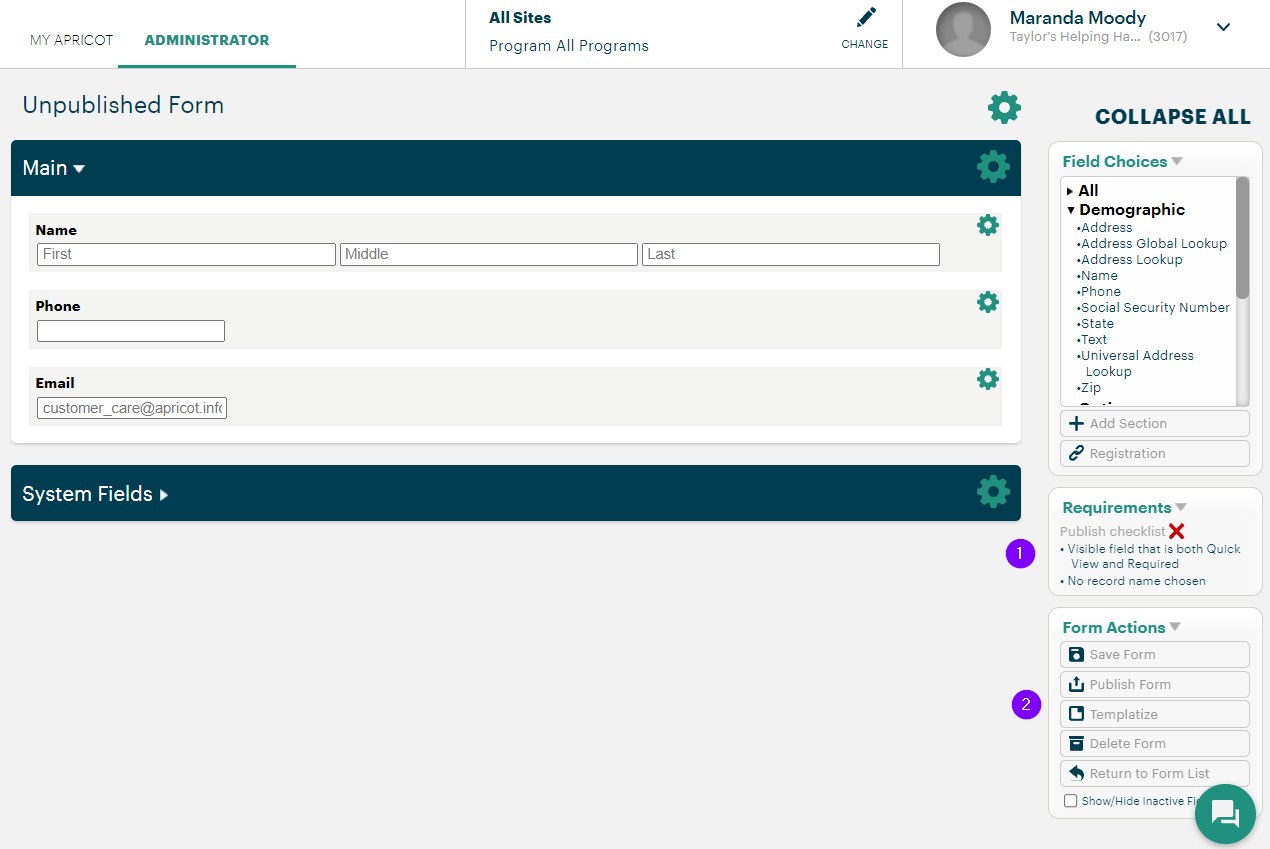 When a new form is created, it is saved in an unpublished state. Unpublished forms are not available for users to access or fill out.

This allows an Administrator to finish creating or editing a form before it can be accessed by users.

Published Tier 1 forms are visible in the My Apricot tab and can be used for data entry, Tier 2 forms can be found from within the Tier 1's document folder.

If changes are made to a form that has been previously published, it is labeled "modified" until you re-publish it.

Any changes will remain unavailable to users until the form has been published.

Any time you go into the Form Designer, open a form for editing, and open any of the properties windows that govern the form, the form will be labeled as "modified," even if no changes have been made.

Please note that it is possible for two users to make unseen modifications to the same form. When this happens, the changes of one user will be overwritten when the other user publishes their updates.

Revert Changes to a Previously Published Version of a Form 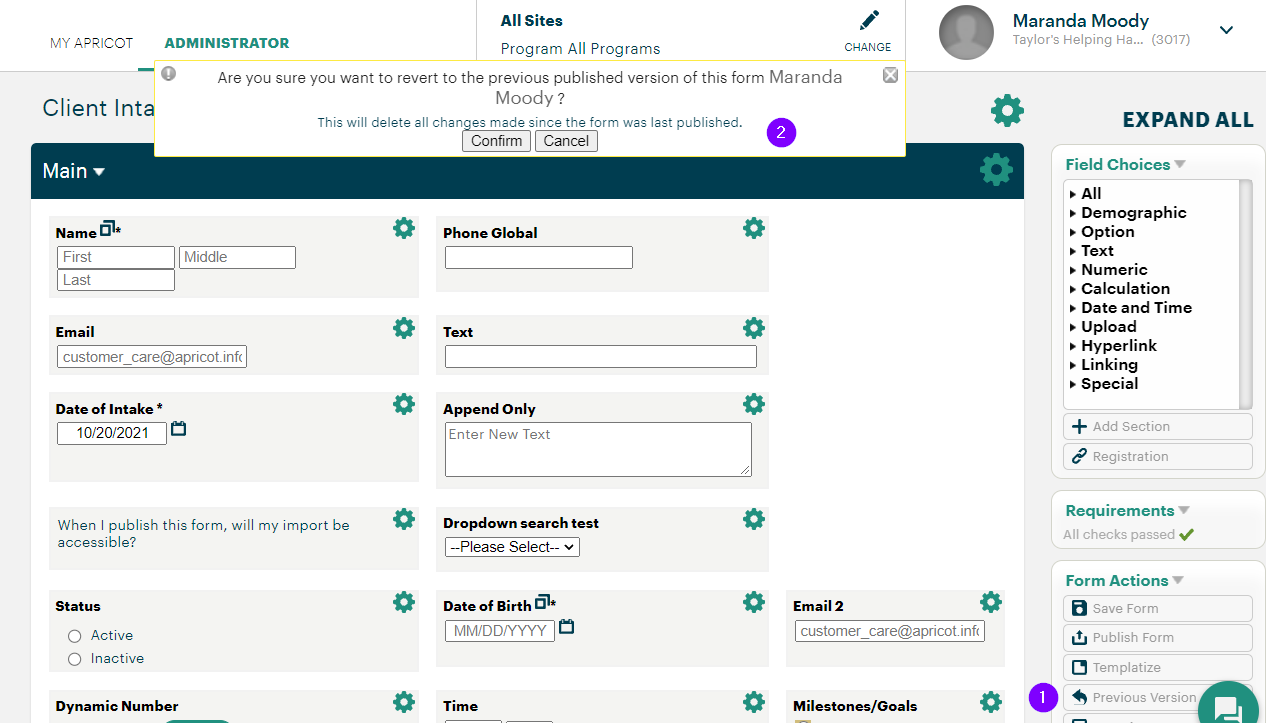 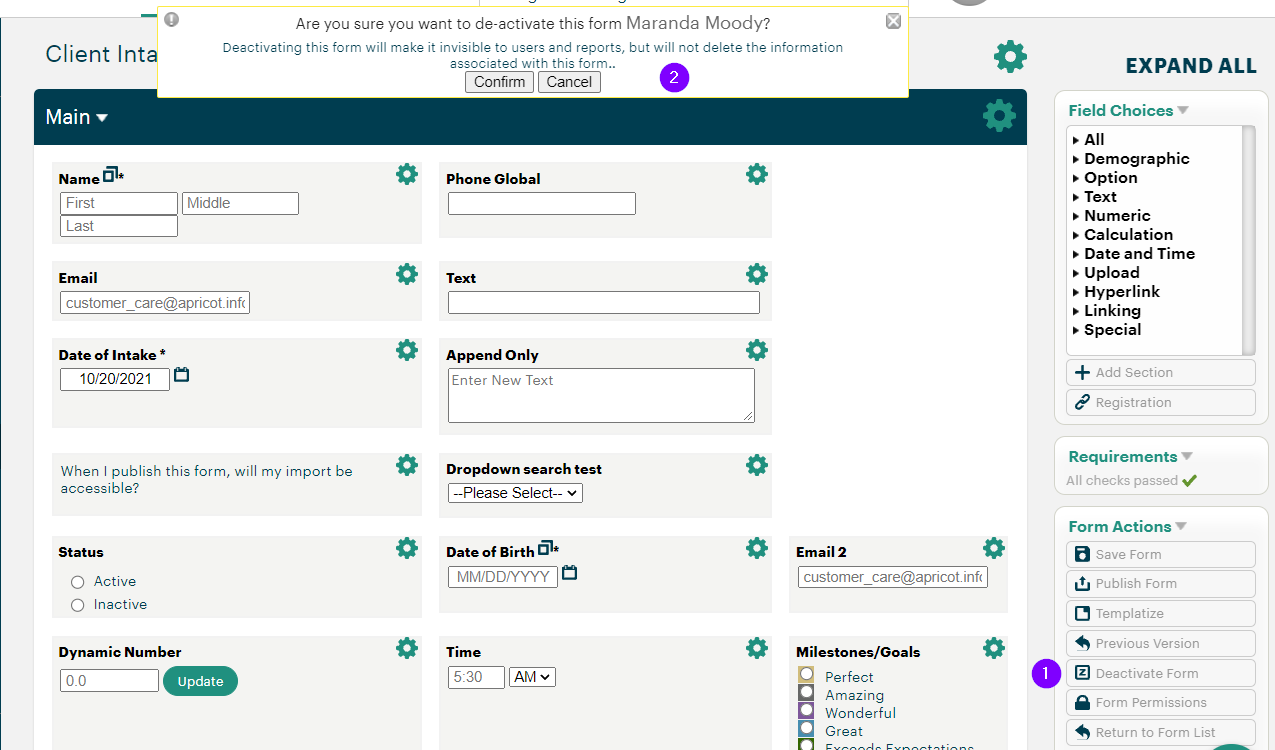 If you would like to remove access to a form so that it can no longer be used for data entry at all, you can deactivate it. The form and the data that has been collected will not be deleted from your Apricot, but they will no longer be available to users or to be pulled into reports. If you need to pull the records for reports, there is an option in the form properties to 'Hide from navigation menu' or 'Hide from document folder' that can be used instead.

Finding Forms in All States